Mitchell Chi, General Manager - Americas Enterprise Software, attended the NRF 2020 Vision show at Javits Center in NYC. “RETAIL IS FAR FROM DEAD," said Mitch. "Only the complacent retailers should be worried. The atmosphere here is “let’s INVEST to grow our business in 2020”. Lots of smiles, serious questions and tremendous interest from senior execs, who are here in droves”.

The Biggest Mall Owner In The US Is Going Online

The biggest mall owner in the U.S., Simon Property Group, is teaming with online shopping site Rue La La’s parent company to launch a new kind of website for people looking for deals.

Simon has been testing the website “ShopPremiumOutlets.com” since March, building on its premium outlet centers business. The mall owner operates dozens of premium outlet centers nationwide and a handful overseas. It’s been working with certain retailers at those centers — which include Woodbury Common Premium Outlets in New York — to test selling merchandise together on this site. It says it has signed on more than 2,000 designers, and has about 300,000 products.

Is Clothing Rental The Panacea For The Ailing Fashion Retail Industry 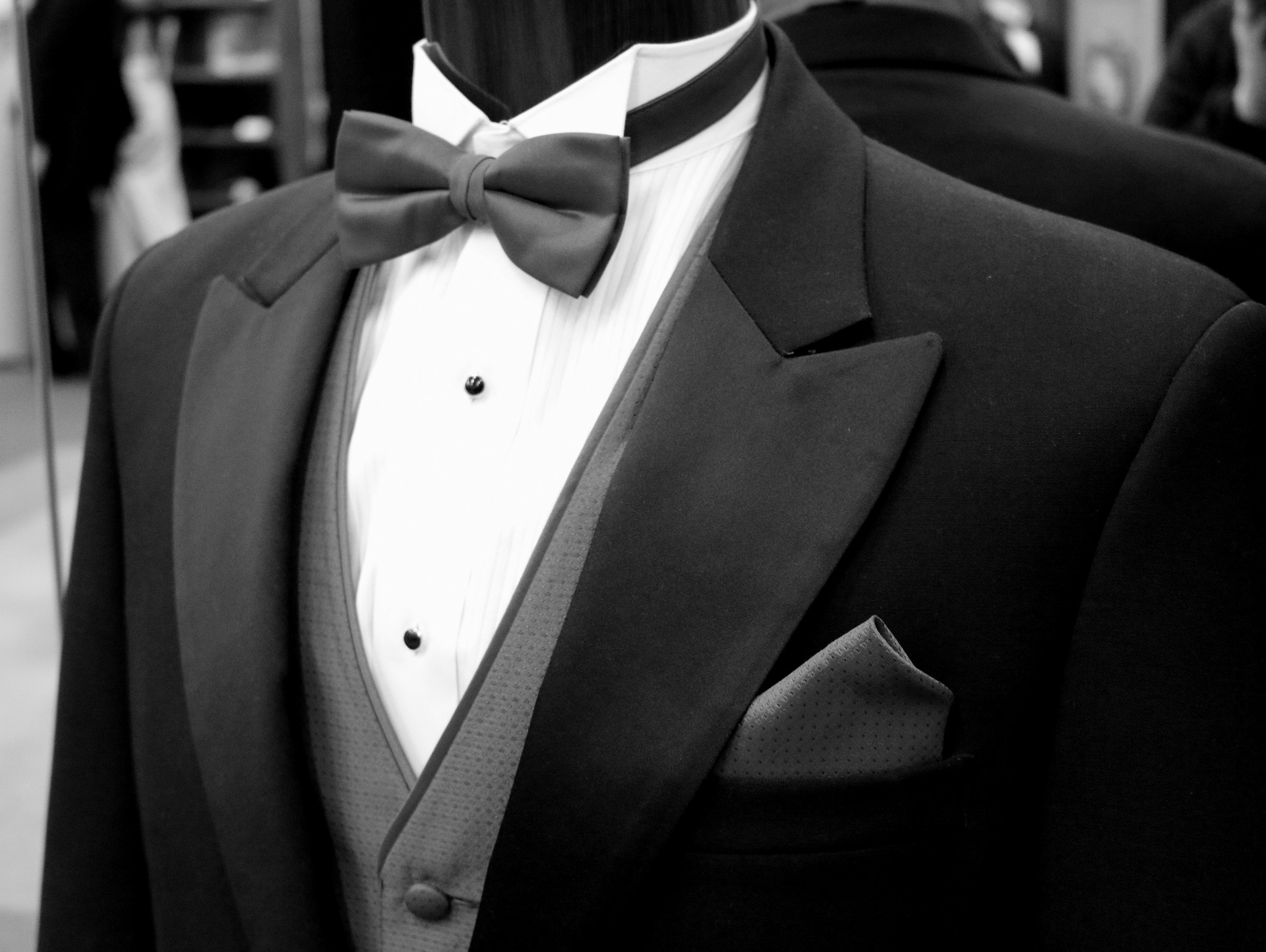 A recent report valued the rental subscription market at around 1 billion dollars in 2018 and forecast it grows more than 20 percent a year, reaching 2.5 billion dollars by 2023. This trend isn’t lost on traditional retailers: over the last year everyone in the industry seems to be launching their own clothing rental service.

Mobile Retail Is Alive, And Consumers Are Here For It

Stop and think about a day you could go without your smartphone. You are checking your calendar to see when or if that is even possible. And yet you may not realize that checking email, texting your doctor or tracking your children’s usage is only part of the life your smart device breathes into you. Last year, Americans made almost 30% of purchases through a mobile device. Next-day and same-day delivery created a market for mobile shoppers and retailers are responding.

Amazon, the retail Goliath, created the market for instant gratification with its online presence and product availability. 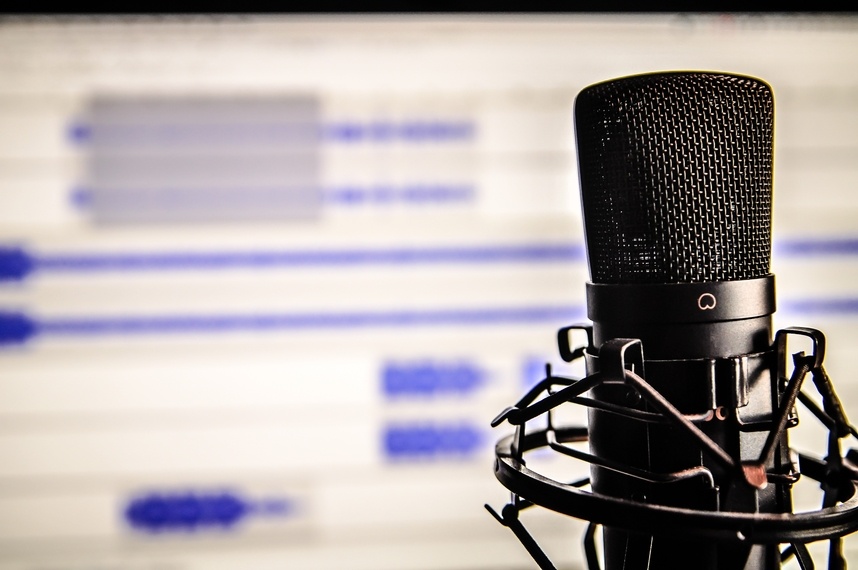 In this podcast, Infor’s Guy Courtin and Christine Barnhart discuss how manufacturers are adopting learnings from B2C supply chains to be more responsive to end customer needs. From AI and machine learning to greater digitization of the supply chain, modern manufacturers must become more nimble and responsive—creating a true multi-enterprise network to meet their customers’ needs.

10 Reasons To Upgrade To The Latest Infor Fashion PLM

The latest release of Infor Fashion PLM offers new tools to help you plan, develop, comply, approve, and collaborate with partners in the design and pre-production process. In addition, the new Fashion PLM Cloud Edition offers a multi-tenant solution built on the Infor OS platform, which also leverages Infor ION and Infor Ming.le for seamless and social collaboration.

We've highlighted ten reasons that your company should upgrade to the latest version of Infor Fashion PLM. Continue reading the blog to learn.

5 Ways To Fast-Track The Design To Sales Process. 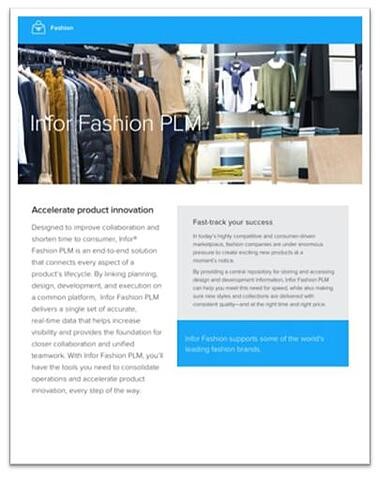 Trying to keep up with endlessly changing trends and demands in the global fashion market puts fashion companies under enormous pressure to create innovative products at a moment's notice.

But when it takes the average fashion company six months to go from design to sales floor, some companies find they're always chasing after the industry leaders that can get new products on the racks in as little as 15 days.

Today's customers are bombarded by offers from a wide range of companies that want their business. But when offers are targeted and truly exclusive - delivered with pinpoint accuracy to ideal buyers - they can stand out from competing offers and generate a much greater sense of brand loyalty. In this episode, we're joined by Sai Koppala and Bill Schneider from SheerID - a marketing solution that helps retailers acquire new customers through gated exclusive offers.

Independent Computer Consulting Group (ICCG) a Global Information Technology Solutions Provider for the Enterprise today announced the appointment of John Greenaway as Chief Revenue Officer – EMEA, effective immediately. Greenaway previously served as a Channel Director at Infor for the last 10 years, where he was responsible for growing revenue across EMEA. As Chief Revenue Officer - EMEA, Greenaway will champion ICCG’s efforts to expand its software consulting and implementation footprint into Europe, the Middle East, and Africa. 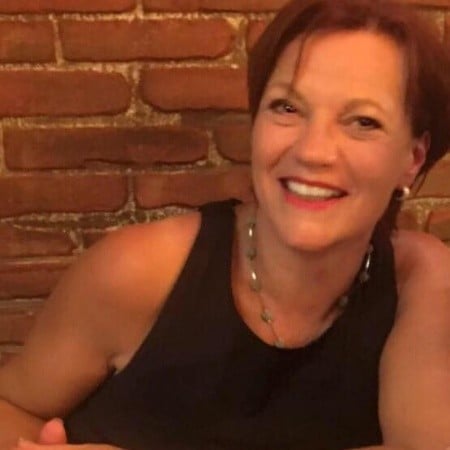