Predicting The Future Of Digitalization

Manufacturers in all segments, from food and beverage to industrial machinery and equipment, know that digitalization is coming and they need to adapt or risk obsolescence. They all want to find an easy way to do that. But there’s no easy method for achieving digitalization, also known as digital transformation or Industry 4.0. Research shows manufacturers are ready to move forward, but with small steps in carefully controlled pilot projects.

While this a move in the right direction, manufacturers should also recognize that short-term initiatives will not offer the massive gains of an enterprise-wide re-vamp of processes. The true potential of digitalization will come from new revenue streams and outcome based selling. That type of strategy must start at the top, and start now. 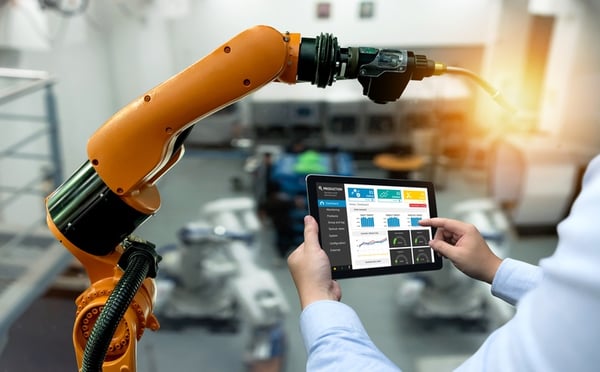 From hype to readiness: Manufacturers are ready to move into action.

Manufacturers are ready to adopt digitalization strategies, research shows. They just aren’t sure how—or why. Despite the extensive media hype and discussion among industry pundits, many manufacturers still lack clarity around possible revenue models and return on investment (ROI) that can be expected from adopting disruptive digital technologies.

That’s understandable. New technologies have hit manufacturers in wave after wave. The speed of change has reached unprecedented levels. With manufacturers still recovering from the recent recession, they must now rebuild their foundational systems, while also preparing for digital future. And, as always, ICCG can help. Schedule a complimentary consultation to review your questions.